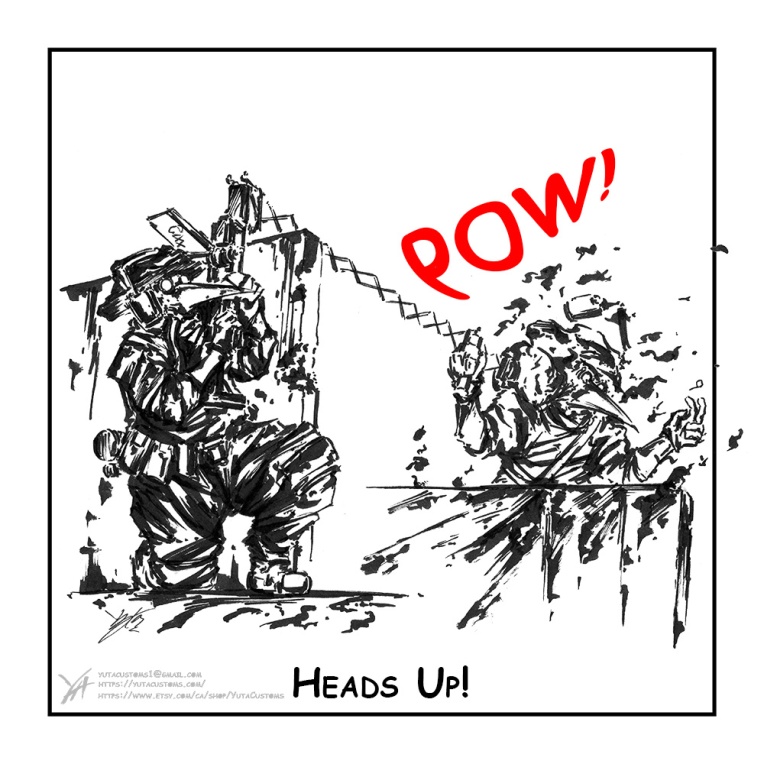 Well, let’s use spy vs spy as a base to start off,

spy vs spy was an allegory for the futility of the coldwar. And well it’s a reflection of it’s time.

Explore the future with a few familiar but fresh faces?

However, since we are still in the last days of the decade 2010s, there is the cash in and influence of nostalgia, so having familiar faces or characters to well, give insights into our times is key.

Like, with the countless reboots and remaster of various series and franchisees there is a trend of old faces appearing.

People want familiar grounds to go back into since we live in an age where almost any information is possible. and we are talking in the fact we can listen to old music from Mozart’s time to even listen to the soviet anthem, the variety and the culture and era that drove it’s creation is seemingly endless!

So, this leads to another thing.

Why I choose the Op vs Op series is this.

I grew up with things like Starcraft, CnC, HALO, and Gears. Not to mention that I grew up in the Bush-Era, so pro-war tendencies is a thing for the culture of the time. Especially post 9/11.

A thing for well. Military hardware and the romanticization for commandos and commanders was a deep rooted thing for me. Since I tend to take those roles in games or see their exploits in Films and Shows.

So, in a time of where almost everything is abundant(and I mean too abundant), I just wanted to hearken back into a place and time in my life where I felt nostalgic basically.

Basically I grew up playing army man or war games.

Op vs Op is like spy vs spy. But it’s about the times of today and what might in store for the future. The Future Marches forward.

As for the concept of war?

War, War never changes….. only thing that changes is the gadgets and the attitude towards it shifts.