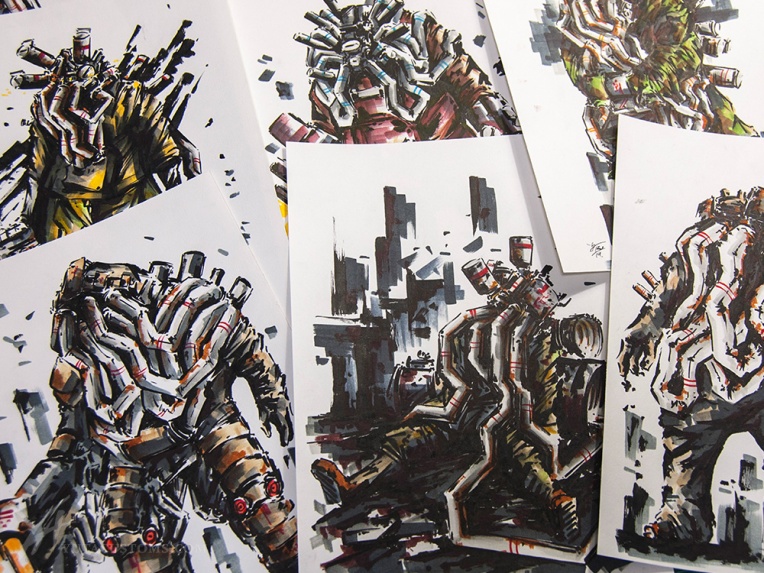 Well, I can’t really recall how it all started. It’s like some obscene thing that I have seemingly almost forgot about.

It all started as a conversation with a person I know of. He mentioned the name, Mr Cu
a shorthand for Mr Cthulhu. since the designs are reminiscent of Love’s Craft Iconic creature.
Though the original idea behind the designs are closer to the obscure to the west, but well established circle scratch built modelers of the East. Using ideas from industrial works I have done before briefly and gong about trying to see what works for me.
Kind of absorbed all the look of the industrial, rusty, and cable heavy stuff I seen on my commutes. 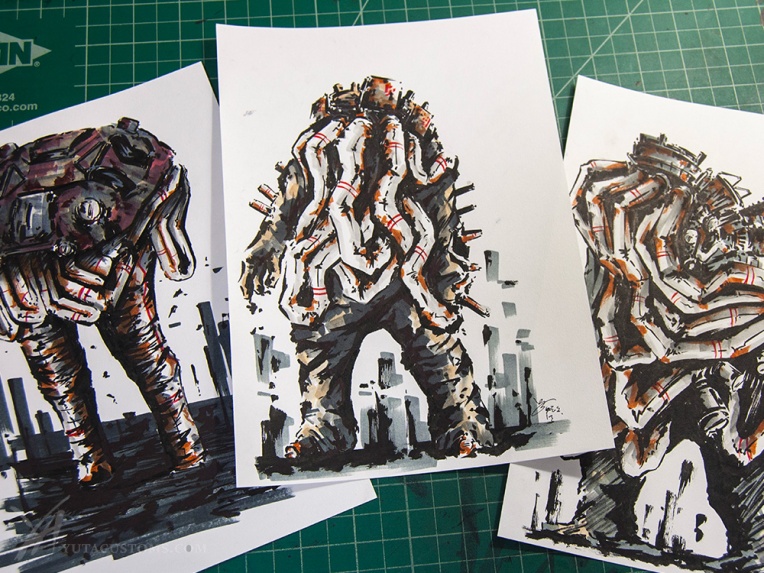 Some of the earlier Designs, first started off as mere black and white inks but after a risky color treatment via markers, the results are not so bad. The One in the middle, is the first, and served as the design template in mind to create the series and eventual world it will create. 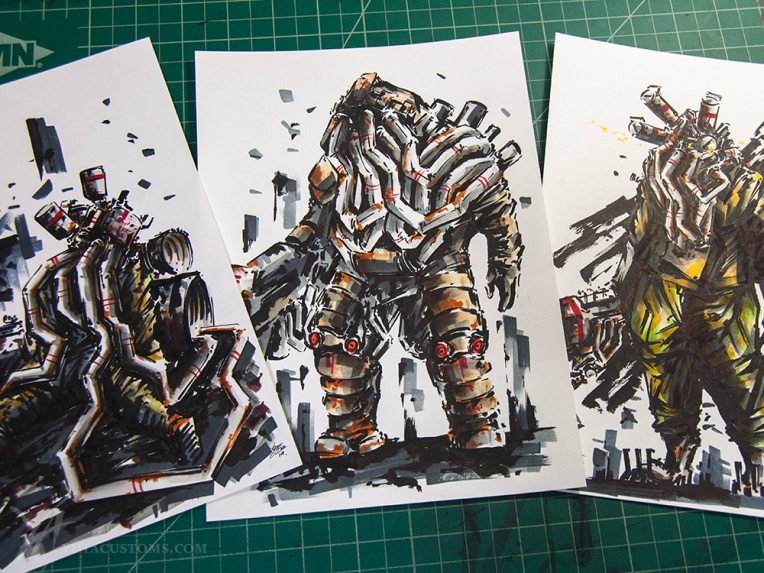 A Couple designs that focuses on some rather weaponized if not, heavily industrialized look of the strange genre.It’s almost like as if the bodies are being overrun by these strange vines. Mind the Big energy cannons, they pack a punch. 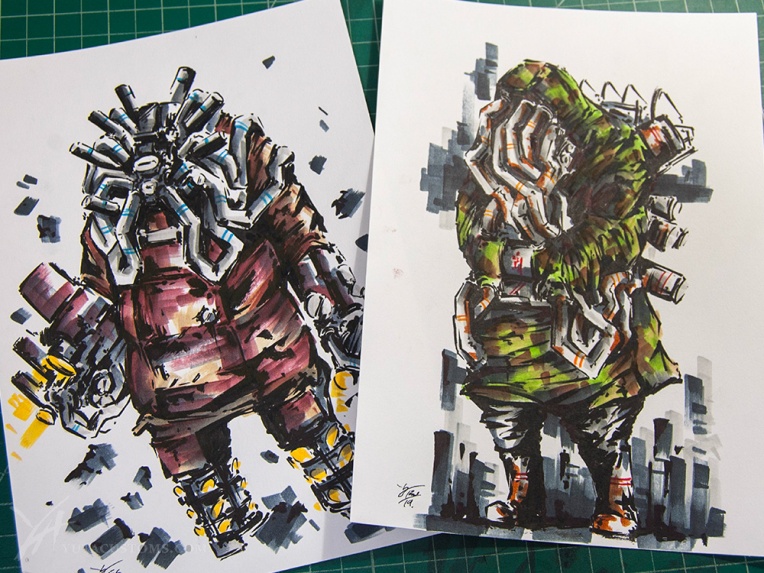 These two are based on street wear, much closer to home especially during the winter observing all the funny commuters showing their expensive parkas and puffers. Or cowardice to the rather mild whether of the area, no matter. The way they carried themselves is notable enough to become blueprints to these distinct and apparently fashionable beings.